The McIntosh High School Drama program is proud to present the high school premiere of Student Body  by Frank Winters on October 18th and 20th at 7:00 pm in the McIntosh Auditorium. Tickets are $5 for students and $8 for adults. Tickets can be purchased at the door or reserved by emailing info@mcintoshtheater.org. All ticket sales will be donated to the Southern Crescent Sexual Assault and Child Advocacy Center, a local non-profit working to reduce sexual violence.

In Student Body, a group of students gather to decide what to do with a video that appears to show a fellow student sexually assaulting another student. In one intense night, friendships will be broken, secrets will be revealed, and no one’s life will be the same.

In addition to the performance, there will be a presentation by the Southern Crescent Sexual Assault and Child Advocacy Center detailing the services they provide, and a presentation on underage drinking and social hosting laws.

While the play is not graphic, it deals openly with sexual assault and may not be appropriate for younger audience members. “Student Body deals with situations that, as a teacher, I would like to think don’t really happen, or wouldn’t happen here,” said Ken Buswell, the drama teacher at McIntosh. “But we know these things do happen, and they can happen here. As long as we pretend they don’t, things will never get better – the problem of underage drinking and sexual assault will not get solved, and the victims of assault will continue to suffer in silence.”

Student Body has been performed by college and professional theaters, but McIntosh is the first high school ever to perform the play.  Student Body was originally written for college students, but the playwright, Frank Winters, re-wrote the play for high school students. “We read a lot of plays at the end of last year, and Student Body was the unanimous choice among the students,” said Ken Buswell. “This is an incredible script. Frank gets high school students – he gets how they talk and think, and he doesn’t sugar-coat what they have to deal with. Yes, it is difficult to watch at times, but it is also incredibly relevant and important.”

“The play tackles serious situations that, even though we don’t want them to be, are very current. But this cast is so supportive and loving – we push each other to do our best and to focus on telling this powerful story,” says senior Grace Kilgore, who plays Daisy in the play.

Senior Katherine Mitchell, who plays Natalie in the play says, “This play is extremely topical, and I feel like this is something everyone should see. The show is really thought provoking. It makes you think about what you would like do in this situation and how that might differ from what you actually would do.”

“Most shows that you read about high school students can be very stereotypical with a cast of characters that are far from authentic; however, this one was different,” says junior Lydia Campbell, who plays Maggie in the play. “All the characters are raw and truly unique. They don’t fit any clichéd high schooler mold and that is what makes this play so powerful. It has real characters that tell a story that needs to be heard.”

The Georgia Thespian Convention will be February 7, 8 and 9 in Columbus. For those of you new to Thescon, it is a conference attended by over 5000 high school students from all over Georgia that features over 100 different workshops and performances. Many students say that Thescon is the highlight of their year. Students will miss all of school on Thursday and Friday, and will return Saturday night. For more information on the conference, please go to their website: https://gathespians.org/conference/

The first payment for ThesCon is $125 and will be due by October 5. The $125 covers only the cost of registration and is non-refundable. The remaining payment will be due in January, and will be $125 – $150, depending on the cost of the hotel and bus. All meals will be included.

I realize this does not give you much advance notice, but we need to register as soon as possible. In the past two year, the conference has had to turn away schools due to running out of space, and we have also not been able to attend the opening and closing numbers due to registering late.

Along with registration fee, you must turn in the Agreement Form by October 5th.  https://gathespians.org/2019form/ After filling out the form online, you will receive an email with a pdf that you will need to print out and sign.

If you have any questions, please email me at buswell.ken@mail.fcboe.org.

Thank you to everyone who auditioned. Ms. Potter and I saw what we needed to see and there will not be callbacks. If you would like feedback on your audition, please see each of us.

Thank you to everyone who auditioned. A few people have been contacted through school email about callbacks – if your name is not listed below, please check your email. The first rehearsal will be on Tuesday, along with callbacks.

ech Theater has been creating their own gobos and here are some of their designs. 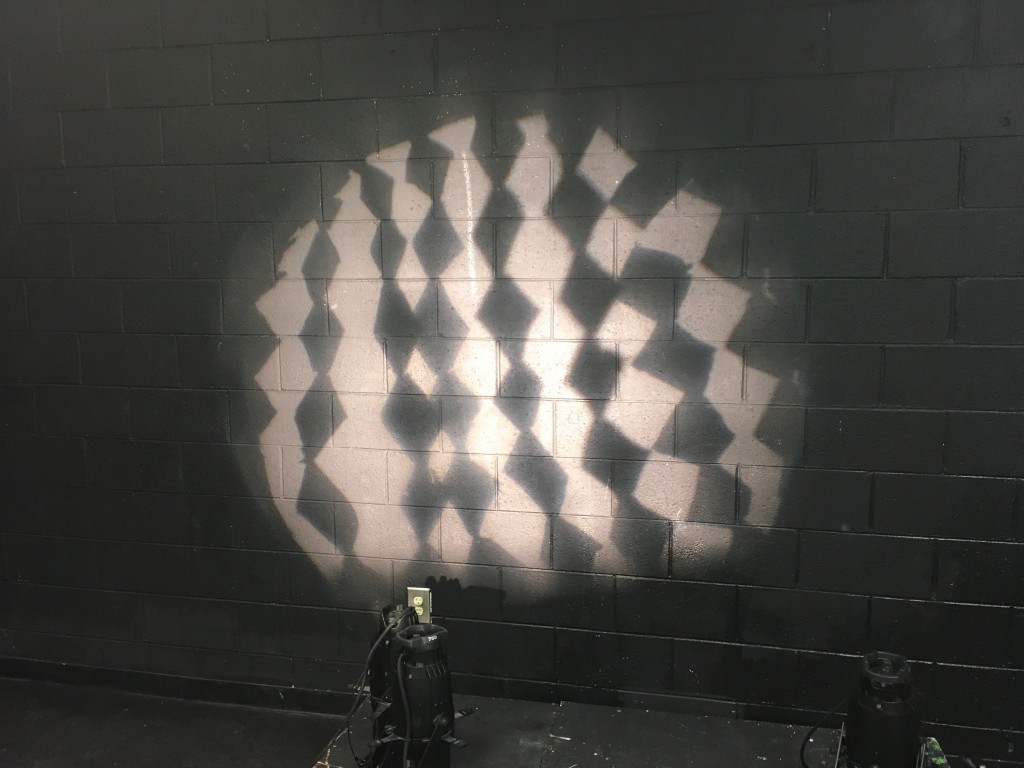 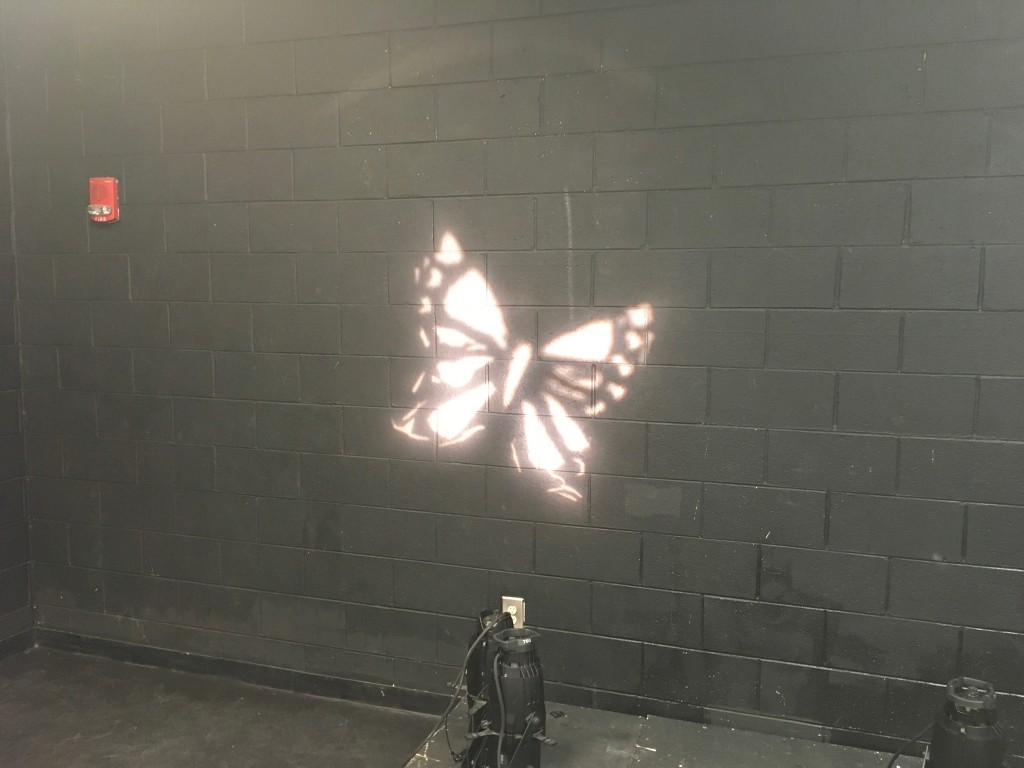 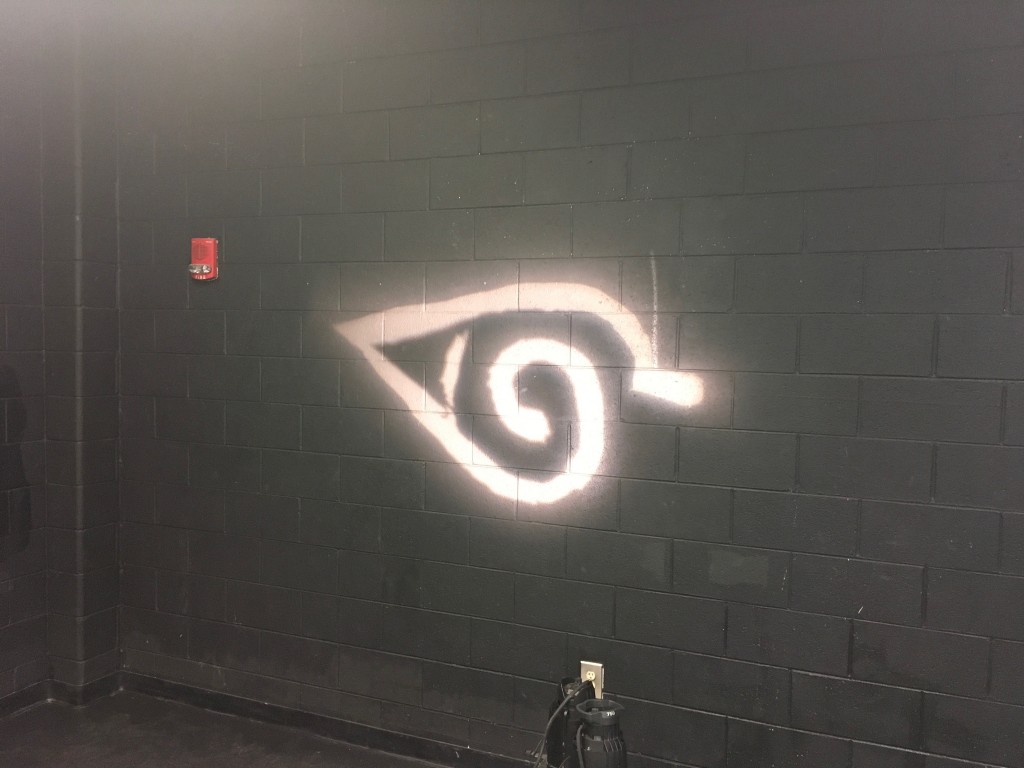 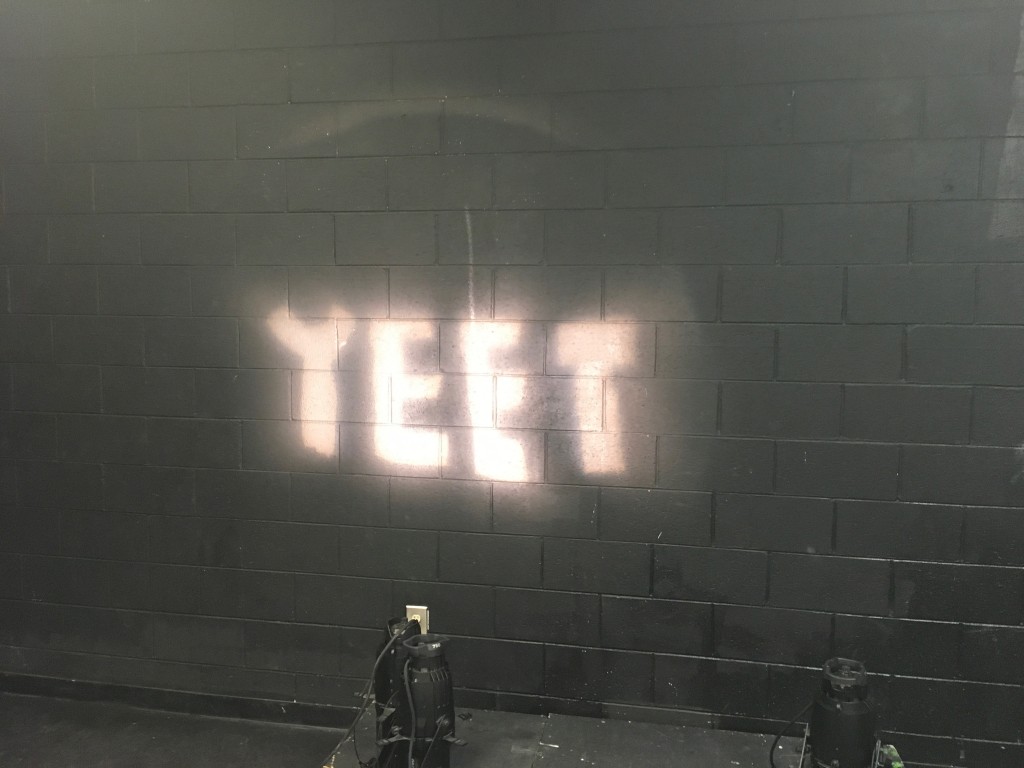 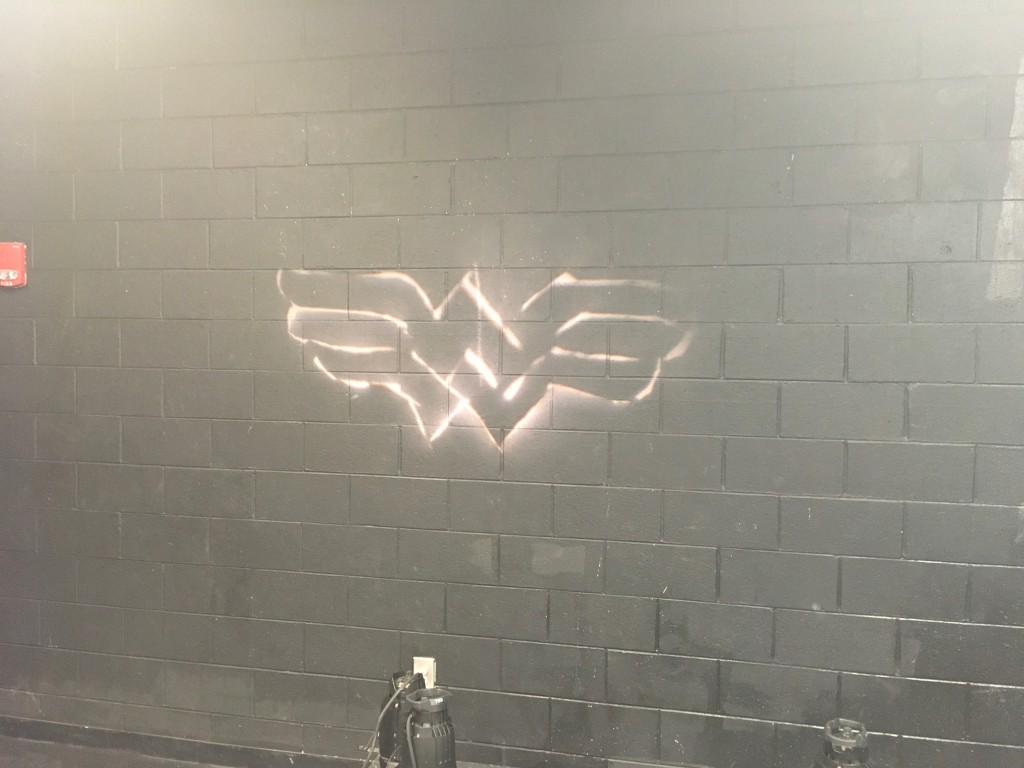 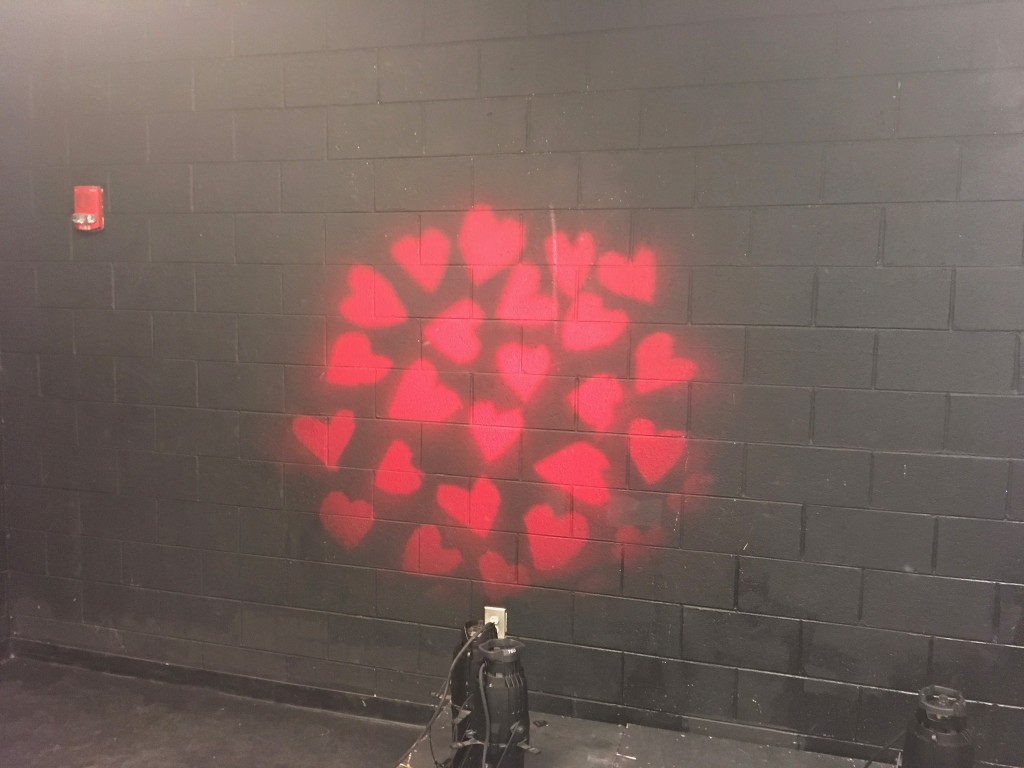 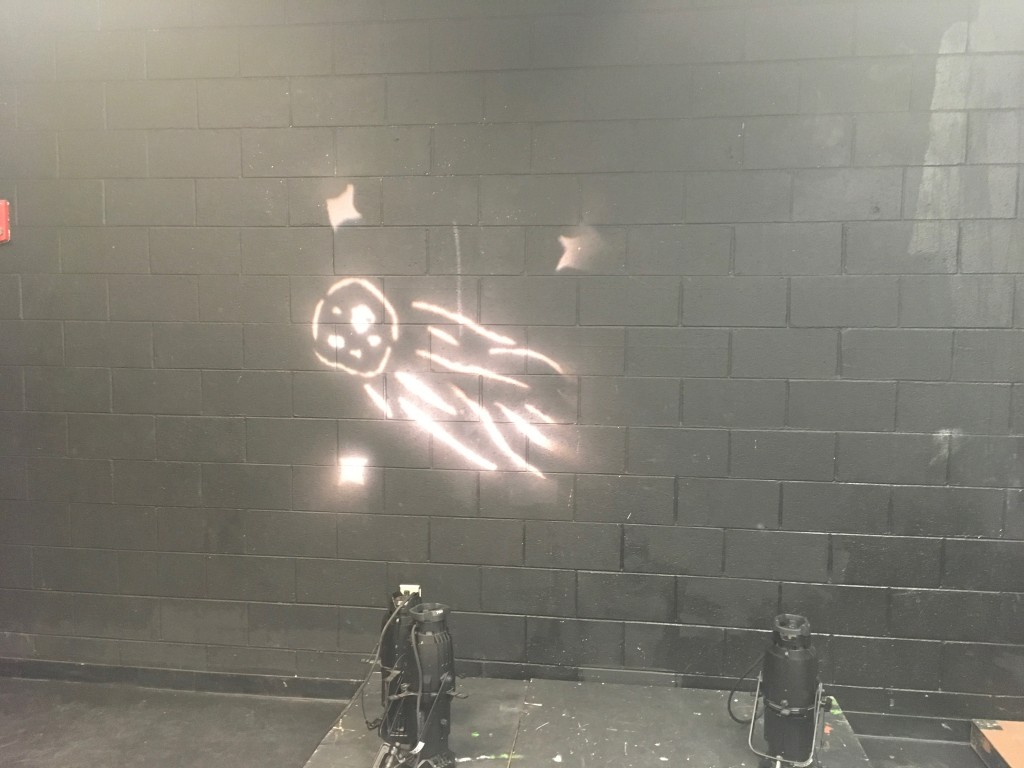 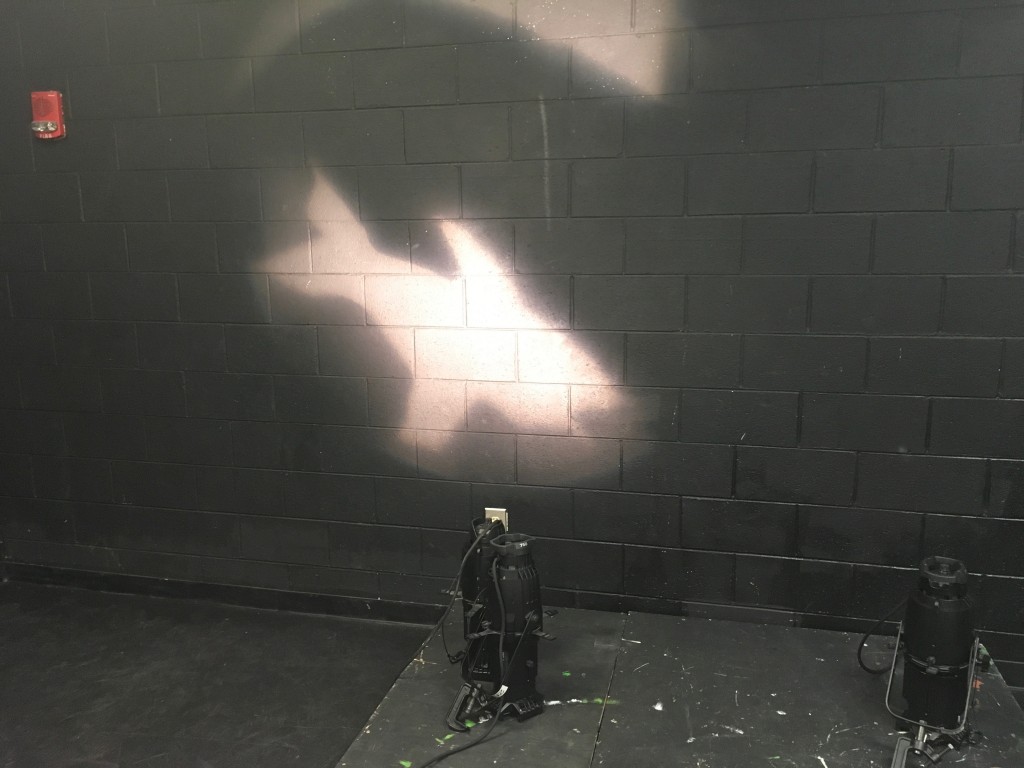 Thank you to everyone who auditioned. If your name is not on either cast list and you would like feedback, please see me. The next auditions will be for Little Women. I will post more information soon.

Student Body – please plan on coming for callbacks tomorrow (Thursday) – I still need to figure out what part everyone will play.

Brothers Grimm Cast – there will be no callbacks, though Josh and Will are still figuring out what parts everyone will play)

Rehearsals will start next week – the stage managers will let you know the rehearsal schedule. If you decide you do not or cannot accept a part. please let me know as soon as possible.

Auditioning: you will sign up for an hour long slot along with 10-12 other students.  The slots are 4-5pm and 5-6pm. Please see me in person or email me to let me know which day and time you would like to audition.

Please print and fill out this sheet and bring to the audition. I also have copies of the sheet in the drama room. One Act audition sheet

The first 10 minutes of the audition will involve a few group improv exercises. I will be looking for your commitment to a character and how you interact with the other students. The rest of the audition will involve reading scenes from the two plays. You will be put in  small group and given a short section of one of the plays. You will have about 5 minutes to rehearse the scene, then you will perform it. You may be asked to read multiple scenes.

Reading scenes
When you are reading a scene with a partner, I am looking for two things:

Take direction!
I may ask you to try performing your scene it in a different way. For instance, “Try the scene as if you were in pain” Or, “try that scene as if you were in love with your partner.” If you need to, take a moment and think about what I’ve asked you to do. I need to know
that you are willing to listen and try things in different ways.

So you want to direct the fun act!

We have some choices. If we do only one play, the length can be 45-60 minutes. If we have more than one person/pair who want to direct, we could do two or more one acts that are shorter in length.

If you are part of the competition one act, you will not be able to be part on the fun act -rehearsals for both shows will usually be at the same time.

General guidelines for choosing a play:

Some places to look for plays: Start with Playscripts – they have tons of plays specifically for high schools and they have a good search feature. https://www.playscripts.com/

Other publishers to check out (in decreasing likelihood of finding something appropriate):

I also have quite a few scripts in my office that would work.

If you are interested in directing, please let me know. I have already heard from one pair of students.

The Fine Arts teachers met with Principal Lane today and came up with the schedule for the year. Here are the drama dates:

Competition One Act: October 18 & 20 (This should be Student Body, but I need to run the cuts by the playwright before making it official)

Fun Act: October 23 & 25 (if you are interested in directing, please let me know)

One Act Competition: October 27 at Whitewater

Little Women: February 1 & 2 (on the 2nd, there will be a matinee and an evening performance)

Both Ms. Potter and I are so proud of what this cast and crew accomplished!