The first rehearsal will be this Friday. If you are planning on auditioning for McImprov, please audition on Thursday.

Auditions for the Everyone Gets Eaten by Sharks are this Thursday and Friday – see the post below.

Auditions for McImprov are September 5 & 6 after school. You will be taught a few improv structures and will perform in them. There is a sign up sheet on the drama room door.

Auditions for Mary Poppins are September 10, 11 & 12. You should prepare 16 bars (about 30 seconds) of a song from a musical. You should also have a backing track – a karaoke track on youtube is fine. You may be asked to read a scene and there will be a dance audition as well. The dance audition is to determine who we want to feature in the large dance numbers – you don’t have to be a good dancer in order to be cast. If you tap, please bring a short routine (a minute or less, please) to show what you can do. We plan on featuring tap dancers in one of the numbers.

There will be a sign up sheet on the drama room door by the end of this week.

Auditions for the fun act play, Everyone Gets Eaten By Sharks will be Thursday and Friday, August 29 & 30 after school. There is a sign up sheet on the door to the drama room. You will choose a one hour slot on one of the days to audition. You should prepare and memorize a 30 second to one minute comedic monologue. You will also read sides (short sections) from the play. Please check the page about monologues not to use for auditions (look at the menu above).

The fun act will be on November 15 &16. Rehearsals will be on Tuesdays, Wednesdays and Fridays, though you might not need to be at every rehearsal. You will need to be available every day the week of November 11 for tech week.

Here is a link to the play (you must be signed in to your fcboe account to access it: script

We have a cast! Moving to the suburb of Bellwether are:

Allie C as none of your business

Chisom U as Detective

Jessica A as Reporter

Meg S as come to the play and find out

By Saturday night, I will send out individual emails to the students I would like to cast. I will post the cast list here after hearing back from everyone. If you are not cast, please consider auditioning for Everybody Gets Eaten By Sharks. I will post information about those auditions by Monday.

Here are the show dates for next year. Still don’t know what the shows will be, but at least we know when.

Now that the school year is officially over, it’s time for a year-end review!

In many ways, this was our most successful year ever. Student Body placed second at the regional one act competition and won awards for Best Actor, Best Actress, and Best Supporting Actress. More importantly, representatives from Southern Crescent, AV Pride and our own SRO spoke before each performance about underage drinking, social hosting laws, and sexual assault. Through ticket sales and donations, we raised over $1700 dollars for Southern Crescent Sexual Assault and Child Advocacy Center.

Will and Josh, the student directors, and the cast did a hilarious job with the Fun Act, Brothers Grimm Spectacularthon.

Little Women continued our streak of excellent musicals. It had a smaller cast, but all of the performances were astonishing (sorry, I had to)!

Advanced Drama put on four(!) plays and two ten minute plays, including Bobby Trap, where we raised $500 for Healing4Heroes.

(As a side note, over the past four years we have raised over $10,000 for local charities, including Promise Place.)

The tech theater class went through all of the old year books and as far as we can tell, there has never been this many theater productions at McIntosh.

It will be hard to top this year, but we are already working on making next year even better!

Here is a link to some monologues to use for auditioning for Advanced Drama.

You will laugh, you will cry, you will fall in love with the extraordinary girls of the March Family in this musical version of the classic story. Little Women is February 1 at 7pm and February 2nd at 2pm and 7pm. Tickets are $12 for adults and $8 for students. They can be reserved by emailing info@mcintoshtheater.org, and can also be purchased at the door. 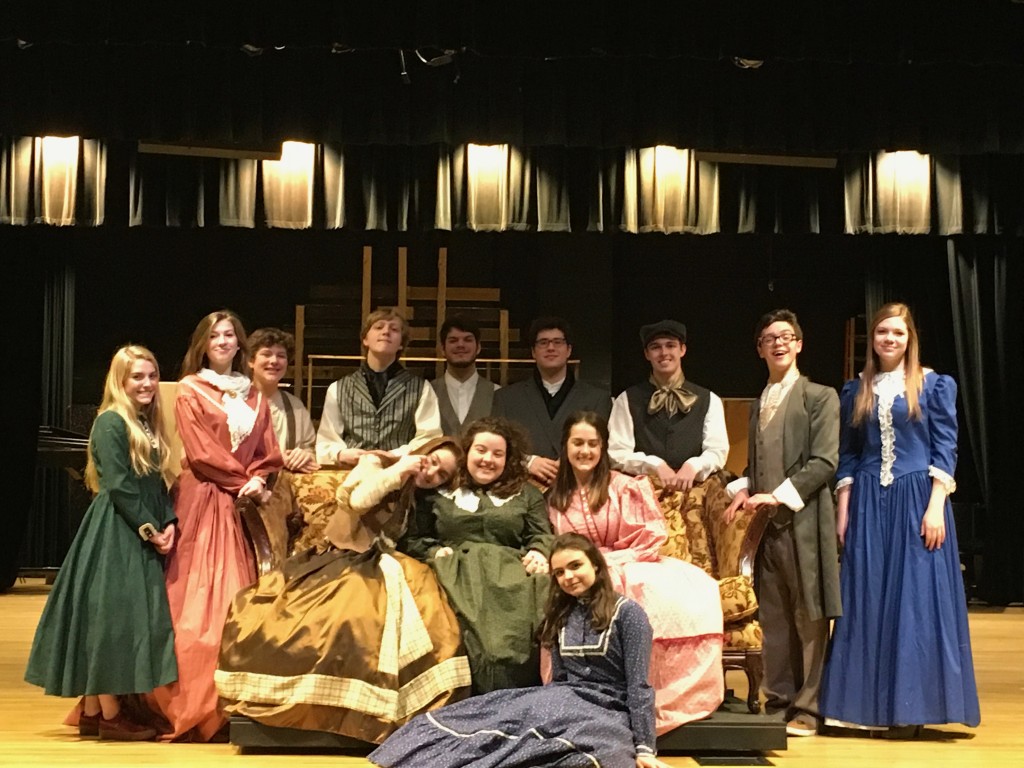